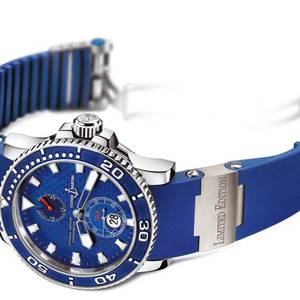 Ulysse Nardin“Maxi Marine Diver Only Watch 2007 Set”, unique Set. Notes First trained by his father, Léonard-Frédéric, Ulysse Nardin was apprenticed to William Dubois, one of the leading precision watchmakers of this day. Il was in 1845 that Nardin founded the famous watch manufacture at Le Locle, in the Canton of Neuchatel. The first watches made were exported to Central and South America through a Paris intermediary, Lucien Dubois, who was Nardin's only customer for two years. But by 1852, watches were exported directly to Argentina without any European intermediary. In 1860 Ulysse acquired a high-precision astronomical regulator to rate his pocket chronometers. This is the well-known regulator made by Jacques-Frédéric Houriet around 1768 and which the Ulysse Nardin Company used continually. In 1905 ils gridiron pendulum was replaced by one made of Invar and it is today in the «Château des Monts» museum in Le Locle. From 1904 marine chronometers were supplied to both the Russian and the Japanese admiralties and Japan became one of the company's main customers. In 1905 the company name changed again, this time to «Maison Paul-D. Nardin, successeur d'Ulysse Nardin, au Locle. When Paul-David Nardin lied in 1920 the family business continued under the direction of his sons, Alfred (18841970), Ernest (1887-1940} and Gaston (1890-1966). The company became «Ulysse Nardin S. A.» Men its status was changed to a «Limited Liability Company» in 1922. Il celebrated its centenar 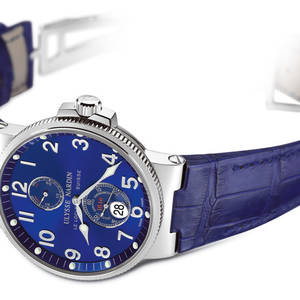 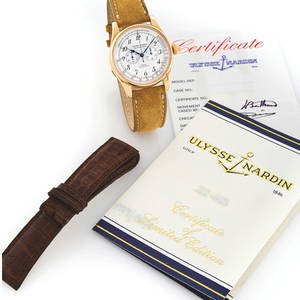 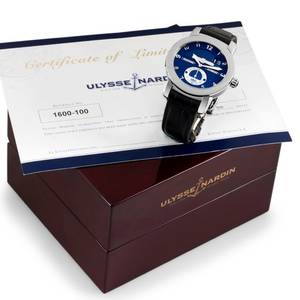 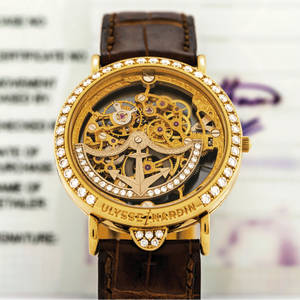 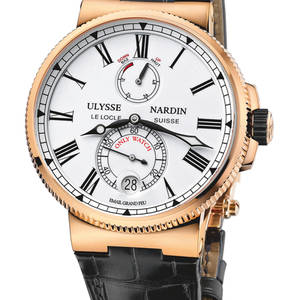 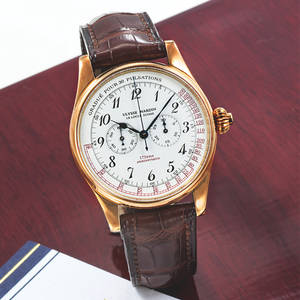 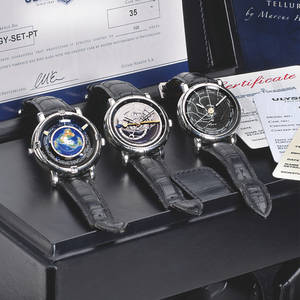 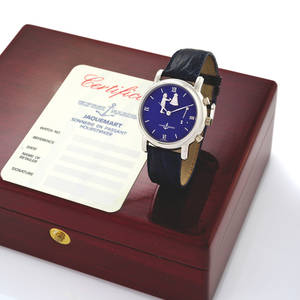 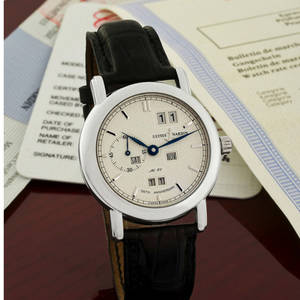 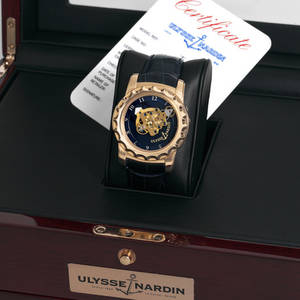