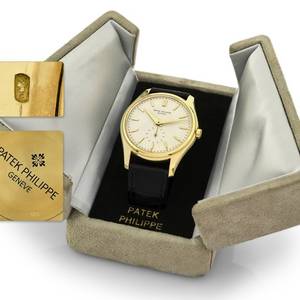 PATEK PHILIPPE REF. 2526, YELLOW GOLD - ENAMEL DIAL - FIRST GENERATION Patek Philippe, Genève, No. 760130, case No. 678233, Ref. 2526. Made in 1953, sold on October 23rd, 1953. Very fine and rare, water-resistant, self-winding, 18K yellow gold wristwatch with enamel dial. Accompanied by a Patek Philippe box and the Extract from the Archives. Two-body, solid, polished and brushed, rounded stepped bezel, screw down case back, concave lugs. Ivory-color enamel with applied yellow gold faceted baton indexes, outer dot minute divisions, subsidiary seconds. Yellow gold dauphine hands. Notes The Extract from the Patek Philippe archives confi rms that this watch was sold on October 23rd, 1953 and that the dial is enamel with applied gold hour markers. Reference 2526 was introduced in 1953 and was the fi rst self-winding production wristwatch ever made by Patek Philippe. The watch was designed with the celebrated 12'''-600 AT caliber, the fi rst 2526 bearing the serial number 760,000. The Ref. 2526 is a most appealing wristwatch and is highly sought after by collectors. There have been four generations of this model which have evolved as follows: - 1st generation: domed screw back, beige enamel dial with applied indexes. The enamel is fl ared around the holes which hold the indexes, the central hands and the subsidiary seconds hand. - 2nd generation: domed screw back, beige enamel dial with applied indexes. The indexes are inlaid in the enamel surface; the enamel is fl ared ar 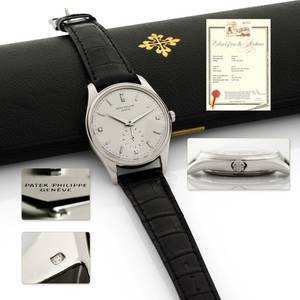 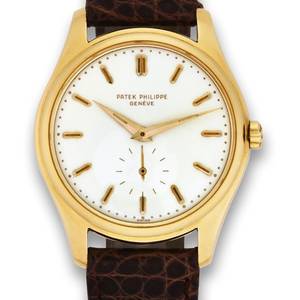 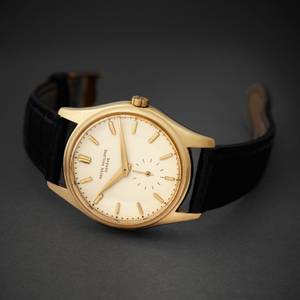 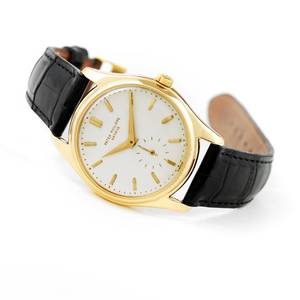 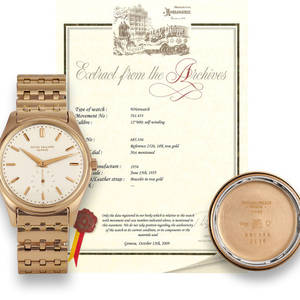 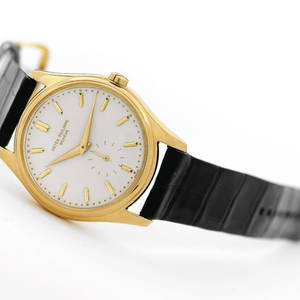 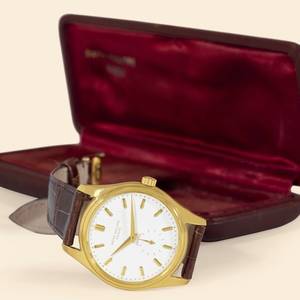 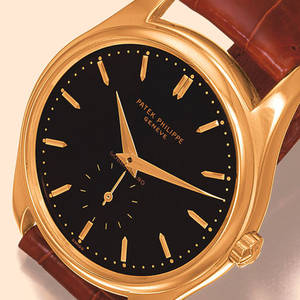 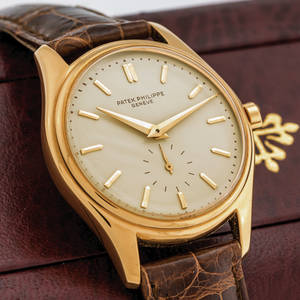 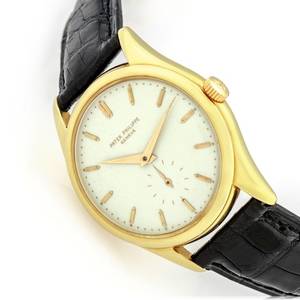