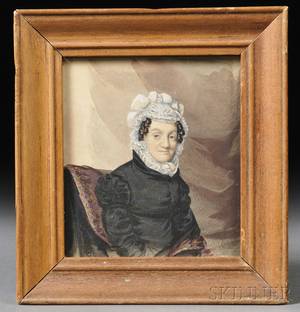 American School, 19th Century Portrait of Sarah Pierce, Founder of the Litchfield Female Academy, Connecticut, after a portrait miniature on ivory attributed to George Catlin (American, 1796-1872). Unsigned, the sitter identified on the reverse. Watercolor on card, 4 3/4 x 4 1/8 in., in a mitered wood frame; accompanied by a photograph of a silhouette of Sarah Pierce, and several framed photocopies of portraits of eleven family members related to Pierce all identified in inscriptions on the back; and a softbound copy of the book To Ornament Their Minds: Sarah Pierce's Litchfield Female Academy (1792-1833) , published by the Litchfield Historical Society. Condition: Minor toning and foxing. Provenance: Family descent. Note: Sarah Pierce (1767-1852) was a teacher, educator, and founder of one the earliest schools for girls in the United States, the Litchfield Female Academy in Litchfield, Connecticut. The school, established in 1792, offered an academic curriculum as well as art, needlework, music, and French. It closed in 1833. 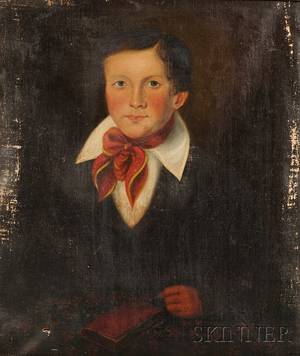 American School 19th Century Portrait of a Terrier and a Portrait of Three Kittens in a Basket.

American School, 19th Century Portrait of a Terrier and a Portrait of Three Kittens in a Basket. Unsigned. Oil on canvas, Portrait Read more… 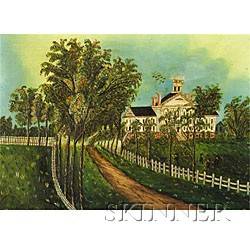 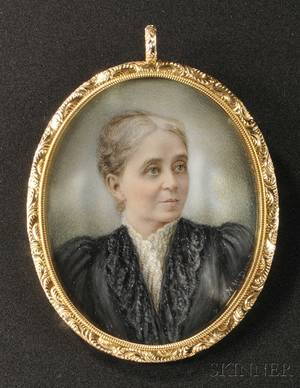 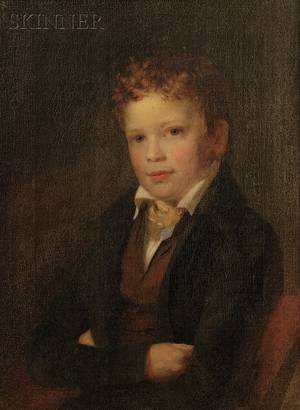 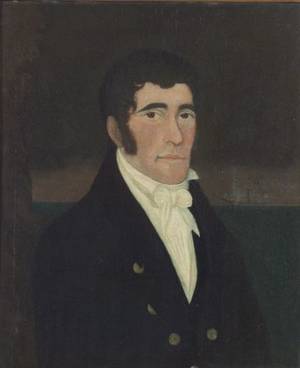 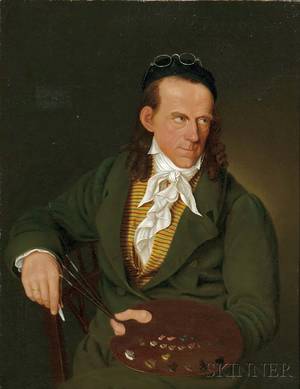 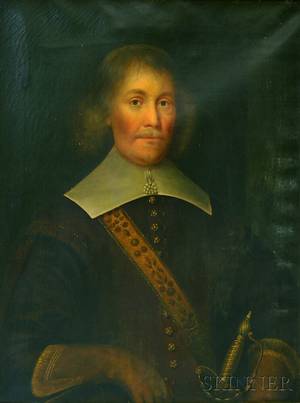