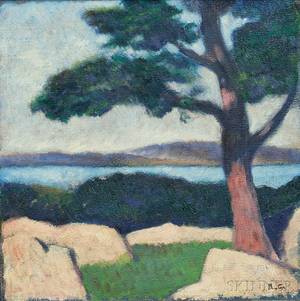 Thomas Hart Benton (American, 1889-1975) Hudson River View , c. 1912 Signed "Benton" l.r. Oil on canvas, 10 3/4 x 10 3/4 in. (27.2 x 27.2 cm), framed. Condition: Subtle surface grime. Provenance: From the artist to his near neighbors, Morris and Victoria Zeitlin, Massachusetts, then by descent to the current owner. N.B. Benton painted this oil on canvas in the summer of 1912 during his first year in New York City, when he was twenty-three years old. At this time, Benton had just returned from a trip to Paris, and the painting shows the influence of Paul Cézanne and the Fauves. However, this view of the Hudson River is tempered by a flattening of form, indicative of the fact that Benton was becoming more interested in decorative patterns. This is an early work for Benton, who would emerge during the late 1920s as a leading figure of the Regionalist art movement. 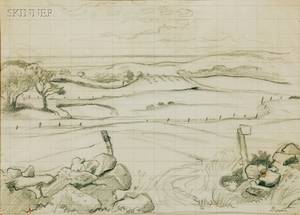 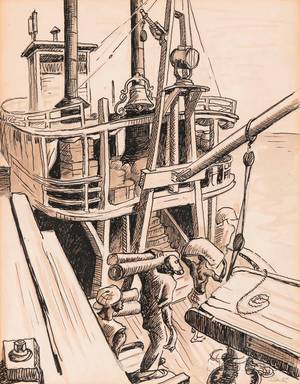 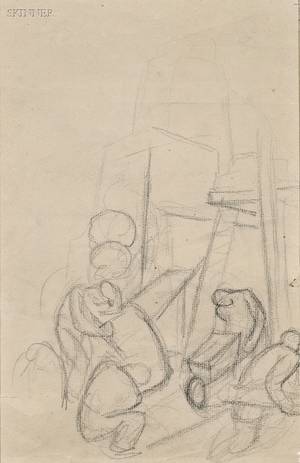 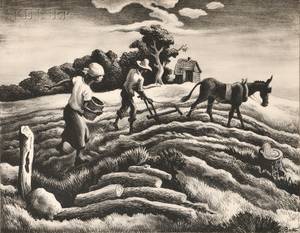 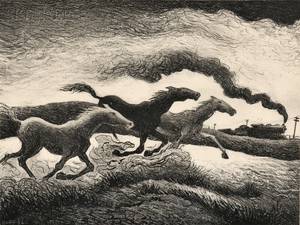 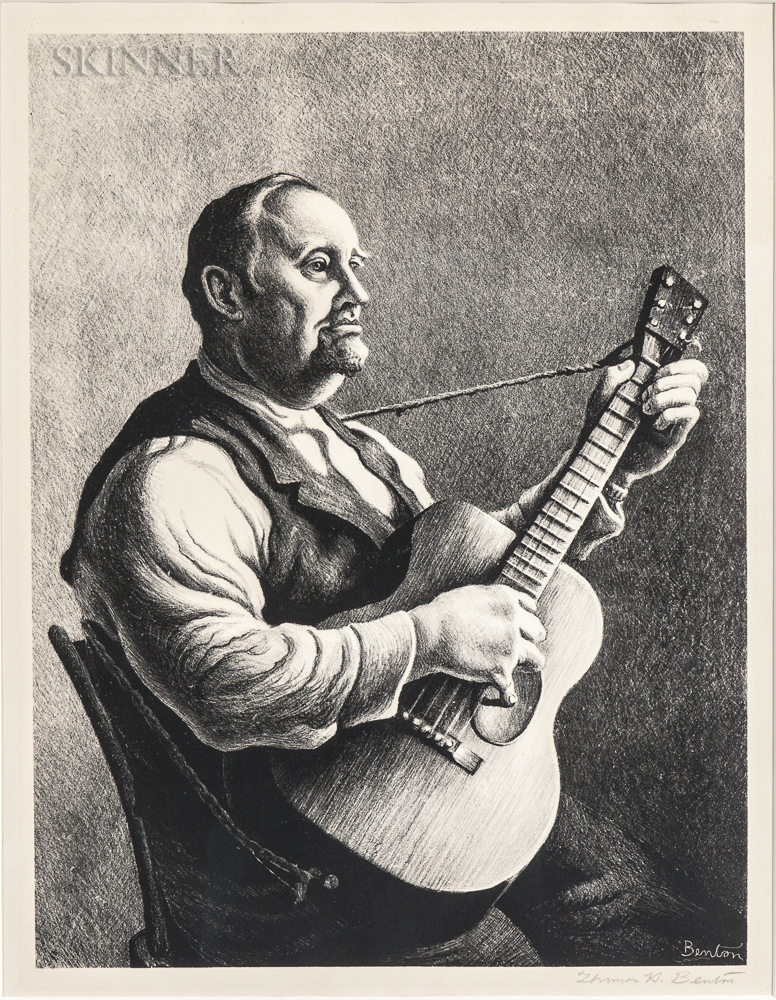 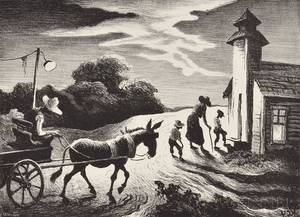 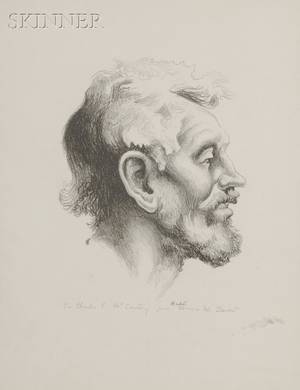 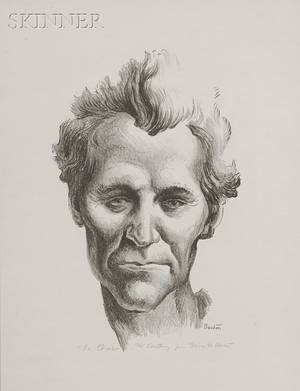