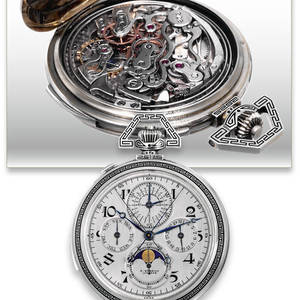 Watch with 10 Complications Audemars Piguet, No. 13928. Made for E. Gübelin, Lucerne. Made circa 1912 and completed in 1923, sold to Gubelin in February 1924 for 3300 Swiss Francs. Very fine and extremely rare, thin and elegant, Art Deco, minute-repeating, 18K white gold and enamel keyless dress watch with perpetual calendar, split-seconds chronograph, progressive 60-minute register, moon phases and lunar calendar. Three-body, “bassine et filet”, polished and brushed, the bezels, pendant and bow decorated with a black champlevé enamel Greek-key pattern, start/stop button in the crown, splitseconds button in the band at 11 o’clock, the back cover inlaid with black enamel initials “W.M.H. Jr”. Notes The complicated watches of Audemars Piguet were highly prized by companies such as Gübelin because their movements were thin and well suited to the dress watches that were popular in the early 20th century. To date approximately 10 watches from this series are known, most in yellow gold and a small number in white gold. The watch with the preceding number (13927) to the present watch, also in an identical white gold case is illustrated in “Audemars Piguet”, Brunner, Pfeiffer-Belli, Wehrli, 1993, p. 154 and was sold by Antiquorum, Geneva, October 14, 1990, lot 86. The watch with the following number (13929) was sold by Antiquorum, Geneva, November 12, 2006, lot 54. This watch has the same complications as lot 300 (see list). 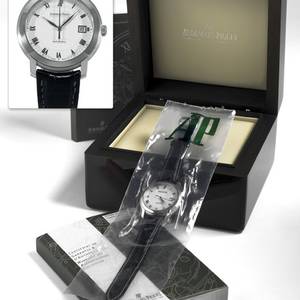 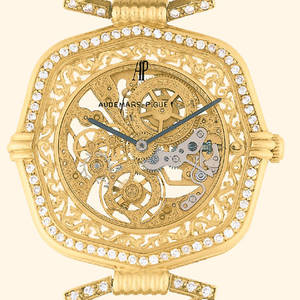 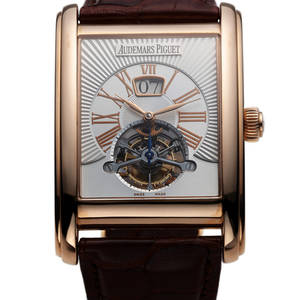 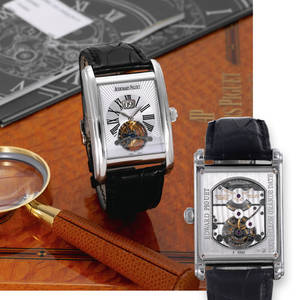 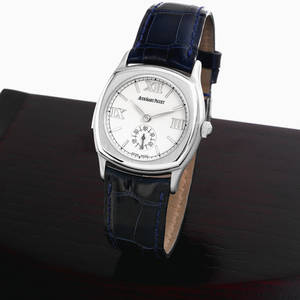 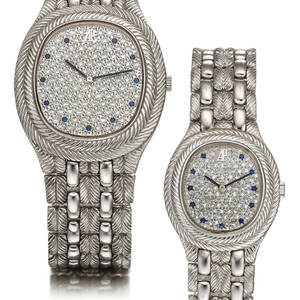 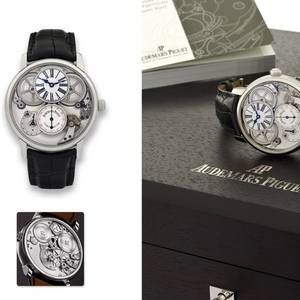 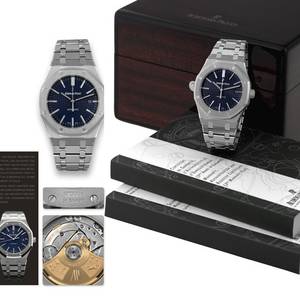 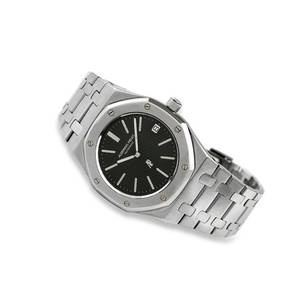 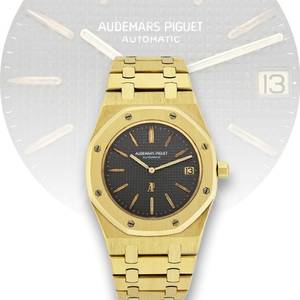