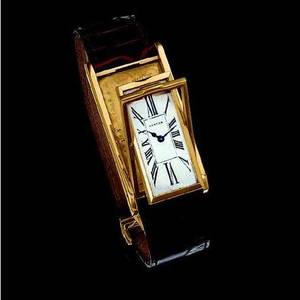 Cartier Paris, 'Cabriolet Réversible', No. 32363, entered in the Register on October 18, 1942.Very fine and rare cabriolet rectangular 18K yellow gold gentleman's wristwatch. Accompanied by an 18Kpink gold Cartier deployant clasp. Notes CabrioletIn 1932, Cartier launched a watch, initially known as Cabriolet Reversible, later referred to as Tank Reversible. It wasreserved for Cartier and patented by Spécialités Horlogères S.A., (the distribution company for watches manufacturedby LeCoultre, based in Lausanne, founded by César de Trey). The Cartier-Jaeger invention was definitely an ingenioussystem, permitting a complete 360 degree rotation of the watch case around the horizontal axis and its insertion insidea second case, so as to reveal or conceal the dial. It led to Cartier's Tank Basculante (meaning 'tipping' or 'swinging'),in 1936, made on the principle of a number of successive planes inserted one within the other, in which the lateral barsof the case, integrating the strap, were considerably slimmed down.From 1932 to about 1942, a small number of versions with slight variations were produced by Cartier, called Cabriolet,Reversible or Basculante, as well as the very elongated 1942 model.Very few pieces of this type of watches were made by Cartier during the 1950's and 1960's, see The Magical Art of Cartiertheme auction, Antiquorum, Geneva, November 19, 1996, lots 340 to 345.A similar watch is published in 'Cartier, The Tank Watch' by Franco Cologni, Edi 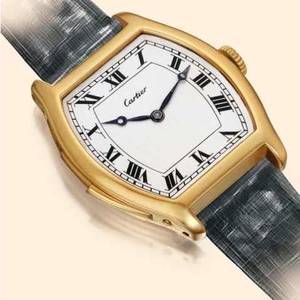 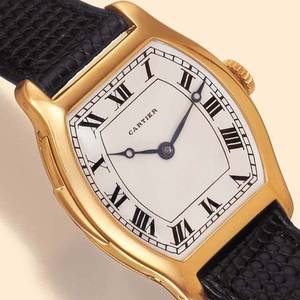 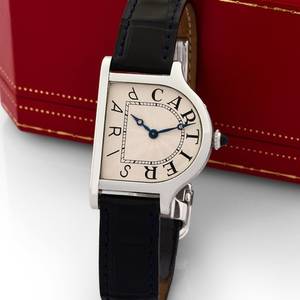 CARTIER UNIQUE PLATINUM CLOCHE Cartier, Paris, "Cloche", No. 1/1, case no A112949. Made by Cartier in 1996 specially for the thematic auction “The Magical Art Read more… 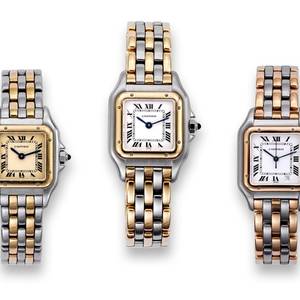 Cartier, Paris. A set of three stainless steel and gold quartz wristwatches. A. Cartier, No. 073545. Made in the 1980s. Fine, square, water-resistant, stainless steel Read more… 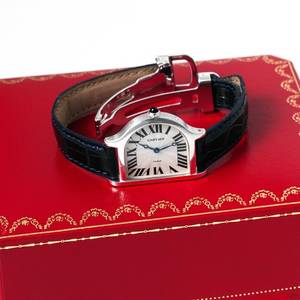 Cartier Platinum Unique Cloche Cartier, Paris, "Cloche", No. 1/1, case no A112951. Made by Cartier in 1996 specially for the thematic sale “The Magical Art Read more… 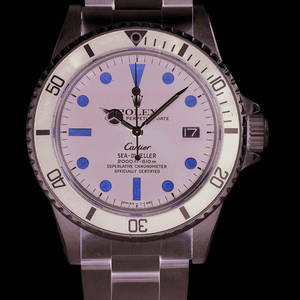 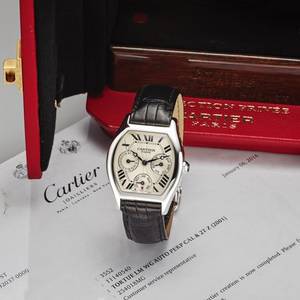 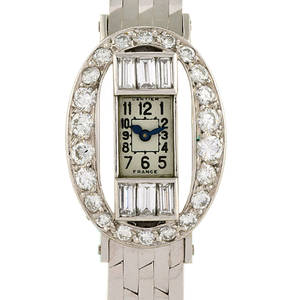 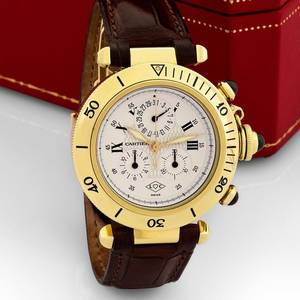 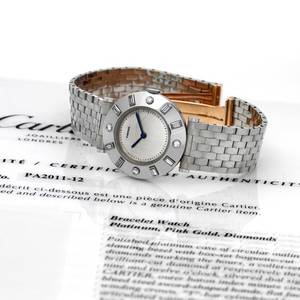