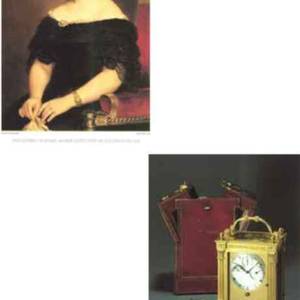 A Sa Majesté la Reine Christine d'Espagne Clock No. 3347, sold on 20 August 1831, for the sum of 6000 Francs. Gilt bronze travelling clock with "grande" and " petite sonnerie" striking, repeating and alarm, full calendar with the phases and age of the moon. Original Breguet tooled red leather fitted case with key. Notes History: The clock was collected by the Chevalier de Longo on behalf of Queen Christine in 1831. According to the repair books it was returned several times for overhaul: on November 1854, on behalf of Her Majesty Queen Christine, by Monsieur Lillo, rue Saint Georges No. 23. On 23 June 1857, on behalf on Her Majesty Queen Christine by Monsieur Galvez, attendant at the Malmaison. On 19 May, by Monsieur Munez (her bodyguard - see biography), 33 rue Billault on the Champs Elysées. Note: As is demonstrated by the clock made for Général Bonaparte in 1796 (Lot 10), Breguet was the inventor of the Pendule de voyage in the form in which it was adopted by the clock-makers of the 19th and 20th centuries. This Empire model is certainly the most characteristic of his work, and the present example is of the most developed type. He made none more complicated, with the exception of one or two which include the equation of time and a perpetual calendar, not forgetting the Borne-style silver clocks, which were m fact to have little influence on his successors. THE QUEEN OF SPAIN Marie-Christine de Bourbon-Sicile (1806-1879) Marie Cristine de Bourbon-Sicile, Queen o 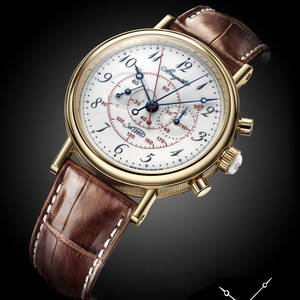 Breguet ”Chronograph Classique A Rattrapante” No. 1 of a limited edition of 7 pieces. Notes Founded in 1775, Montres Read more… 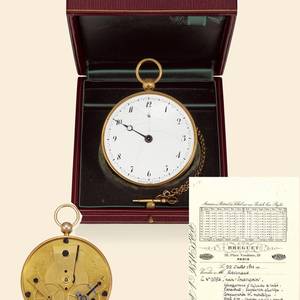 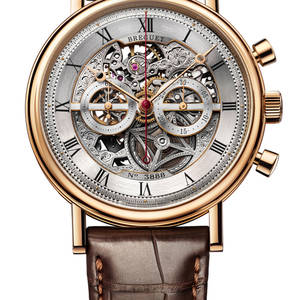 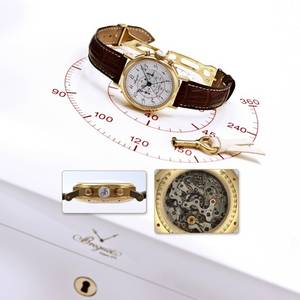 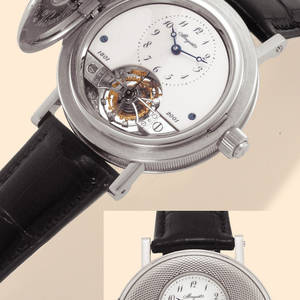 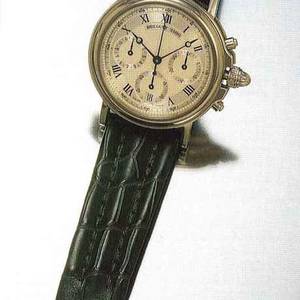 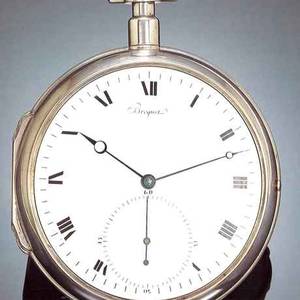 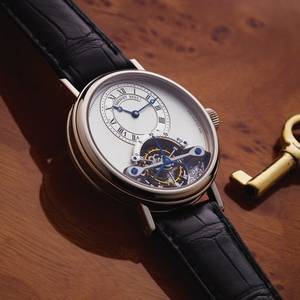 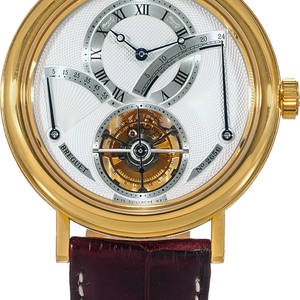 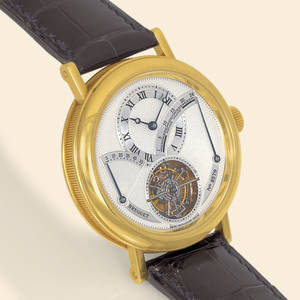