A Pair of Continental Pewter Plates, 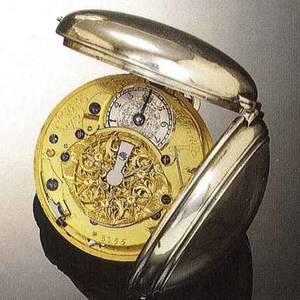 Julien Le Roy à Paris No. 3155, circa 1755. Rare and interesting silver, quarter dumb repeating watch. Double body, Louis XVI, polished, specially made for this movement in 1791 or 1792. Specially made contemporary white enamel with Roman numerals (slightly restored). Gold hands. Hinged gilt brass full plate with column pillars, fusee with chain, verge escapement with adjustable potence for the crown wheel, plain steel three-arm balance, flat balance spring, gilt brass Louis XV cock and polished steel end-piece. Repeating on the case by depressing the pendant. Signed on the dial and the back plate, the gilt brass dial plate engraved: fui. Le Roy in 1740. In very good condition. Diam. 50 mm. Notes The inscription on the dial plate refers to a new arrangement devised by Julien Le Roy, allowing the enlargement of the area for the repeating work. This invention, called "à bâte levée", was soon adopted by all his fellow watchmakers. This movement, according to his serial nimber, was certainly made in 1755, soon before the invention by Julien Le Roy of the anchor escapement used as regulator on the repeating train. Therefore it is possible that for this reason he was not finished and remained in the stock as a movement, until the workshop was closed clown by Pierre Le Roy the eminent son of Julien. Several movements, front this celebrated workshop were cased soon after the French Revolution. The case is punched with the "Head of Greek woman", introduced in 1792 at the req 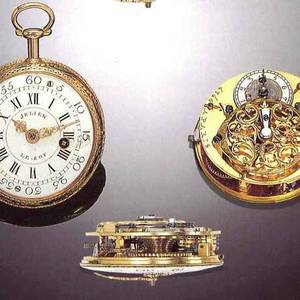 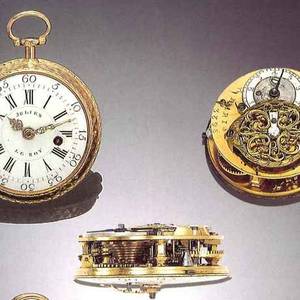 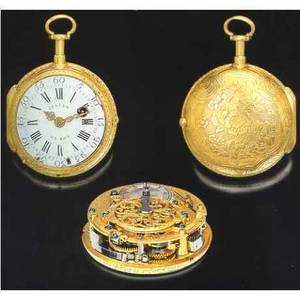 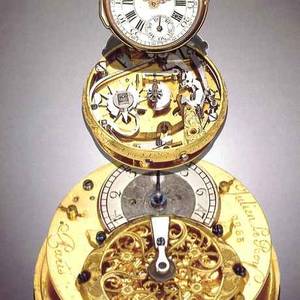 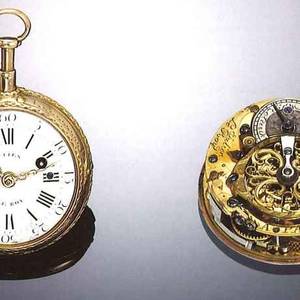 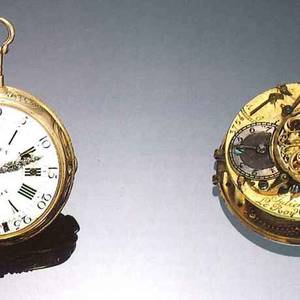 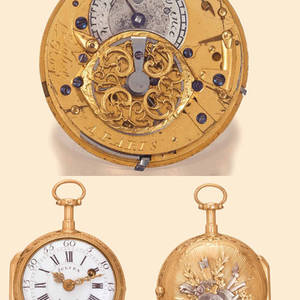 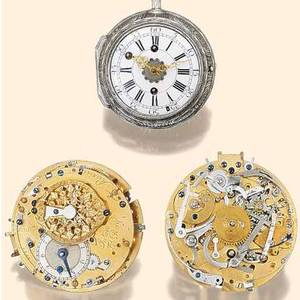 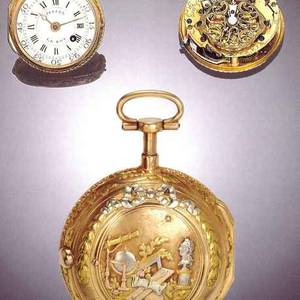 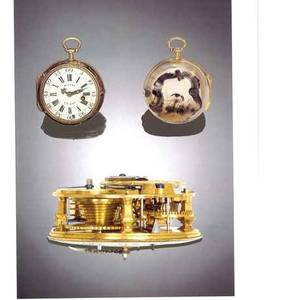