Hawaiian 'Ukulele, Samuel Kamaka, Honolulu, 1927, labeled KAMAKA, SPECIAL, PINEAPPLE, UKULELE, HAWAII'S GREATEST UKULELE, PATENT PENDING, MADE IN HAWAII BY SK KAMAKA, length of back 9 3/4 in. Note: The Dole Derby of 1927 was an air race sponsored by pineapple magnate James P. Dole, and was inspired by Charles Lindbergh's recent transatlantic flight. Of the eight planes that attempted the flight from Oakland to Honolulu, only two completed the journey. Five planes were lost, resulting in ten fatalities. The Kamaka 'ukulele was awarded to second place finisher Martin Jenson, a Hawai'i resident in his twenties, along with a cash prize of $10,000. The 'ukulele is an early verson of the Kamaka "Pineapple" model, unusual in that the back was painted rather than the front, and bears the "Patent Pending" label. Unrepaired face cracks on either side of bridge, approx. 15 cm.surface scratches, abrasions, abrasion to oil painting on back, finish check. 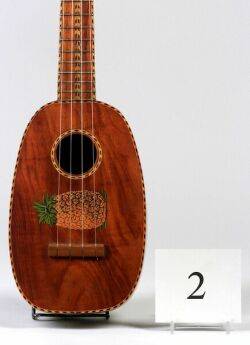 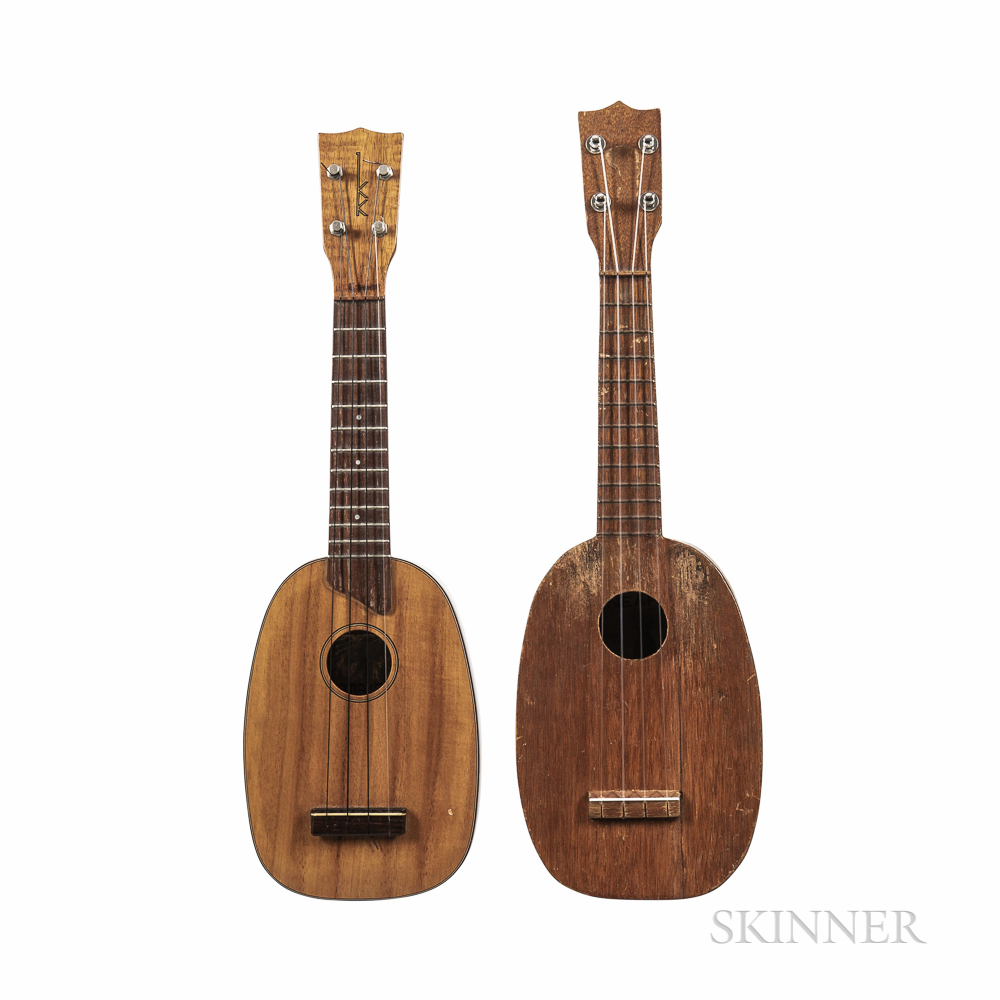 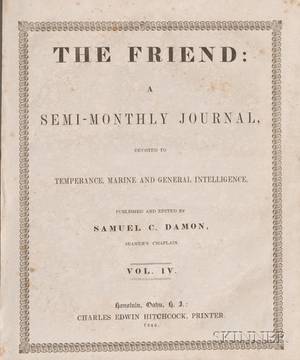