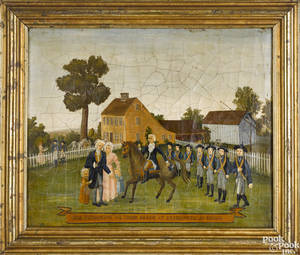 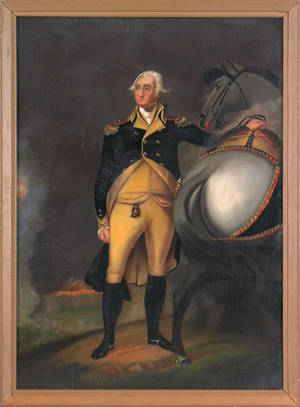 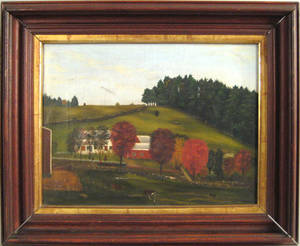 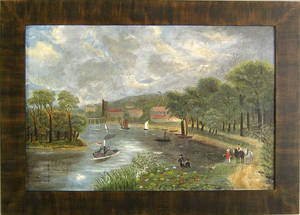 Pair of American oil on canvas folk art portraits, ca. 1830 , of a husband and wife, the husband in a black jacket, the wife Read more… 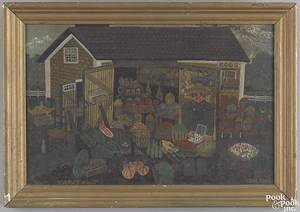 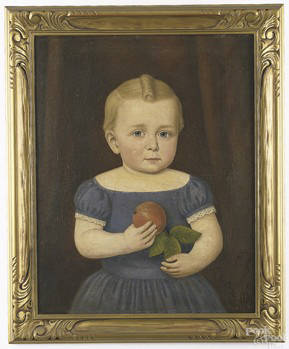 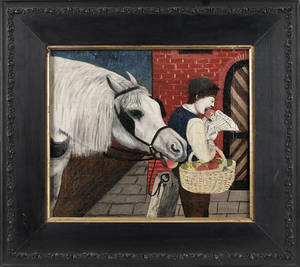 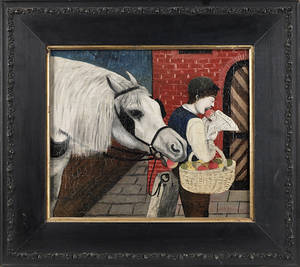