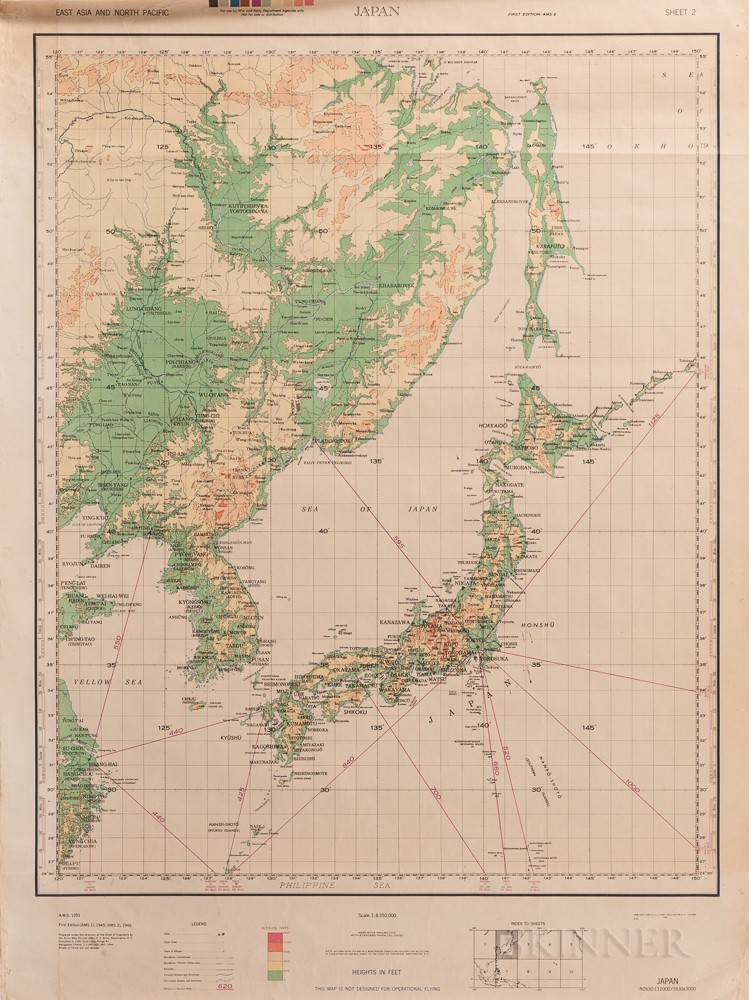 Middle East and Far East, a Group of 20th Century Maps. Including: Map of Cairo Showing Mohammedan Monuments, three copies of this two-sheet map: one in English, one in Arabic, and another copy in English mounted on linen, folded, in boards, all published by the Survey of Egypt, 1950; Index to Mohammedan Monuments in Cairo, Survey of Egypt, 1951 (two copies); Yemen Arab Republic, in two sheets, drawn on the basis of the military section produced in 1962, text in Arabic with transcriptions in the Roman alphabet; an Army Map Service map, Alexandria, Egyptian Region, United Arab Republic, in four sheets, c. 1963; four first edition Army Map Service maps from 1945: Central China, Japan, The South China Sea, [and] Philippine Islands, each marked, "For use by War and Navy Department Agencies only. Not for sale or distribution"; Communication Map of United Arab Republic, Cairo Drafting Office, 1964 (badly torn); and a poster advertising the Fifth Alexandria Biennale, held between December 12, 1963 and March 31, 1964; all maps and the poster are printed in colors, and all are large-format, sizes vary, but most are approximately 40 x 30 in. Estimate $400-600 Items may have wear and tear, imperfections, or the effects of aging. Any condition statement given, as a courtesy to a client, is only an opinion and should not be treated as a statement of fact. Skinner shall have no responsibility for any error or omission. 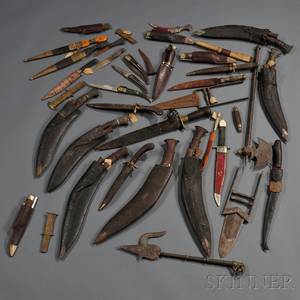 Group of Daggers and Knives

Group of Daggers and Knives, c. 19th/20th century, group of daggers and knives assembled during WW II by an officer in the American army, mostly Read more… 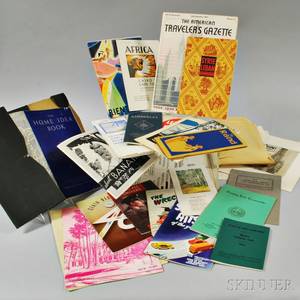 Group of Vintage Travel Guides and Brochures, including street and highway accident data booklets titled The Wreckord and Smash Hits of the Year , brochures Read more… 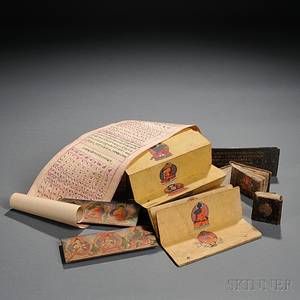 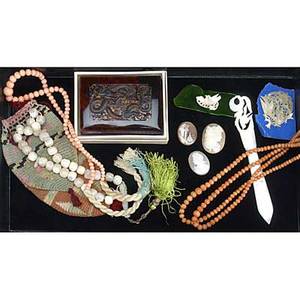 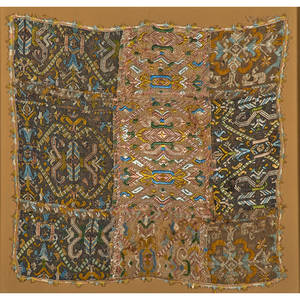 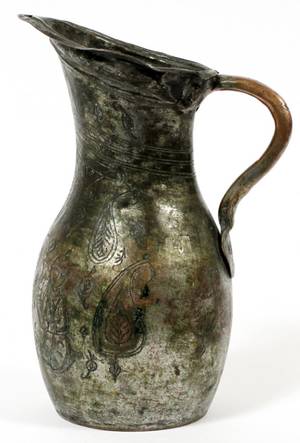 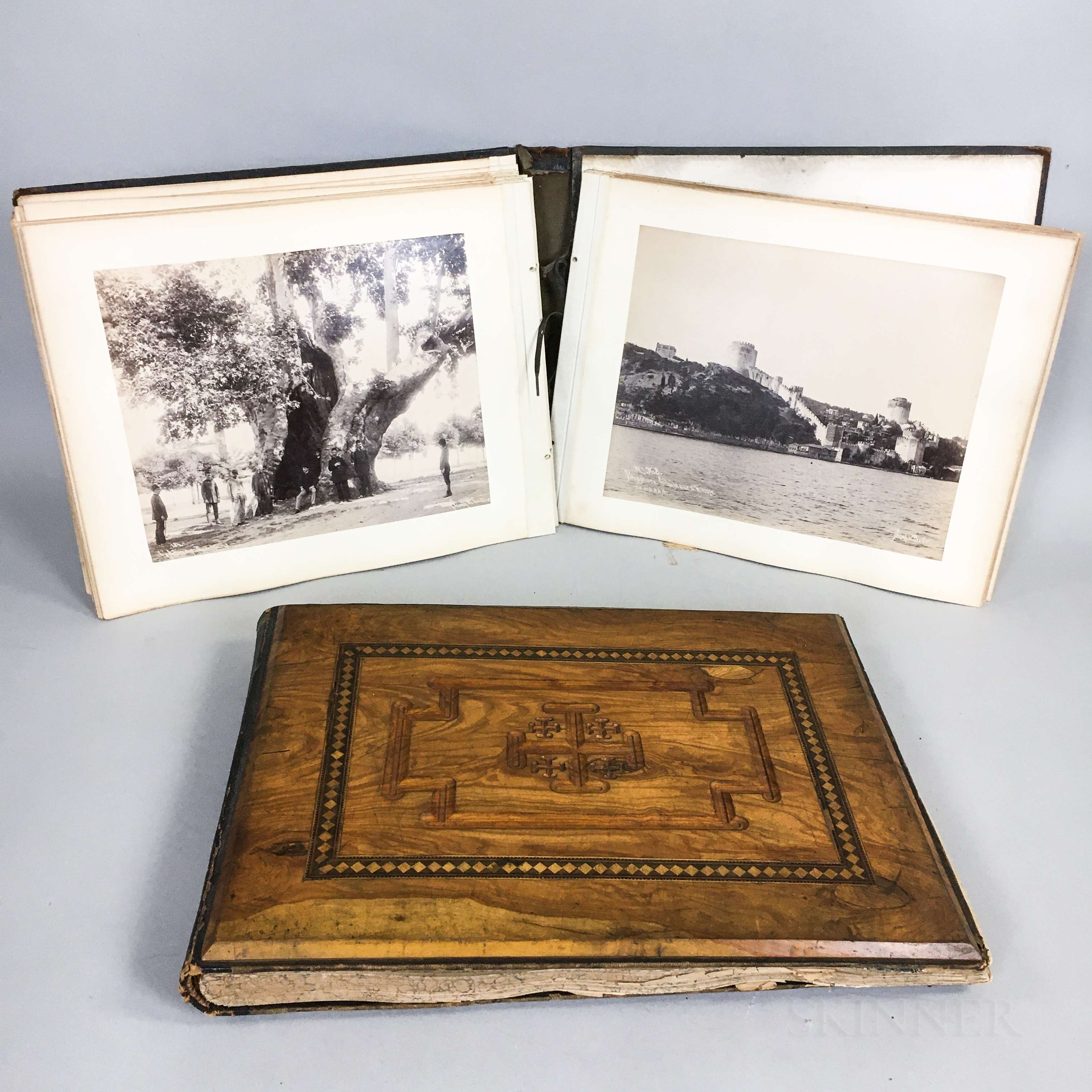 Two Photo Albums of Travels to the Middle East

Two Photo Albums of Travels to the Middle East, 19th/20th century. Estimate $50-150 Items may have wear and tear, imperfections, or the effects of aging. Read more… 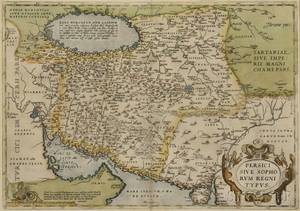 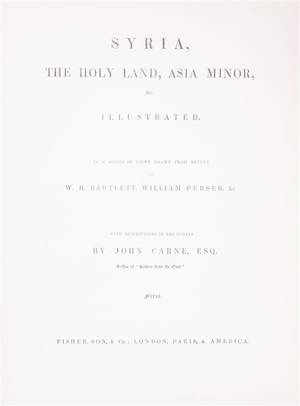