Iridescent glass trilobite pendant on a

A Pair of Yellow Gold and Coral Drop Ear

Wilson, Woodrow (1856-1924), Wilson, Edith B. (1872-1961) and Family Seven Letters; including two Letter signeds by Woodrow Wilson, November 2, 1920, one page, to Eleanor Wilson McAdoo, concering a letter from an acquaintence and family news; and October 15, 1914, two pages, concering a trip up to Cornish, New Hampshire, wishing that he could be there, but duty prevents him from the trip; an autograph letter signed, October 19, 1919, twelve pages, from Eleanor Wilson McAdoo to her husband William McAdoo, concerning her father's health after his stroke in October of 1919, a very detailed description of his habits and progress; an autograph letter signed from Edith Wilson to Eleanor McAdoo, 1925, concerning her trip to Europe and family news, a typed letter from Margaret W. Wilson to Eleanor Wilson McAdoo, five pages, May 1923, family news and confiding that she is certain that "I know beyond any shadow of a doubt that Father is not going to run again". 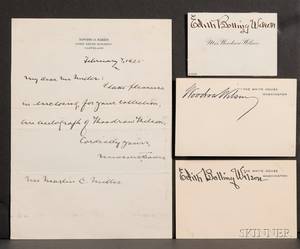 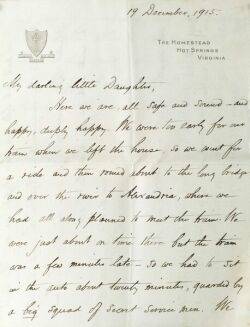 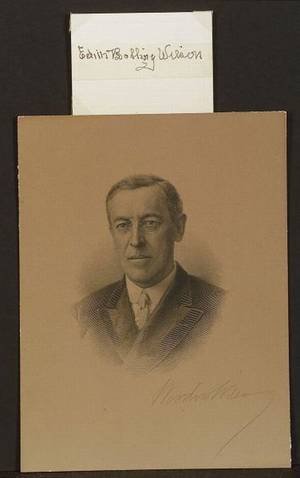 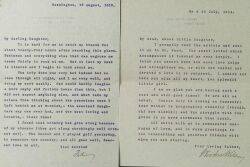 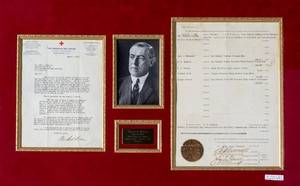 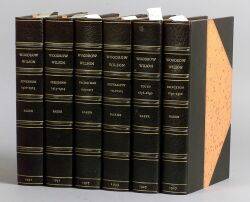 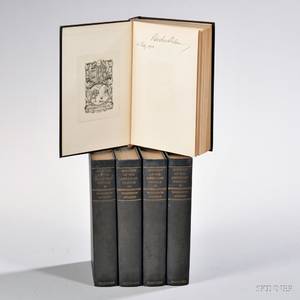