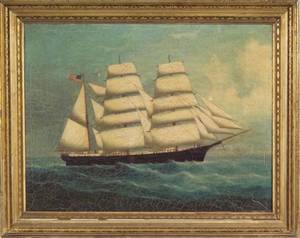 Chinese School, 19th Century Portrait of the American Bark CEYLON in Chinese Waters. Vestiges of signature l.r., vessel identified on starboard stern, reverse of the canvas, and the stretcher. Oil on canvas, depicting the three-masted vessel flying an American flag, with figures on deck, a Chinese junk and another sailing vessel in the distance, 17 3/4 x 23 3/8 in. in a molded and gilded wooden frame. Condition: Craquelure, tear u.l. sky, surface grime. Provenance: By family descent. Note: According to the Record of American Shipping 1876 , the Bark Ceylon is listed with the following information: The vessel was built in Boston in 1856 and during the 1870's, George Woods is listed as master. 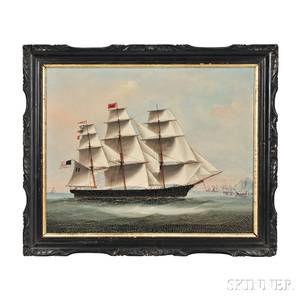 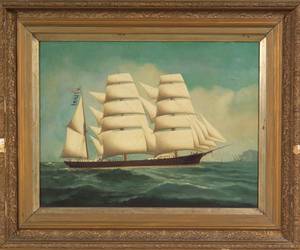 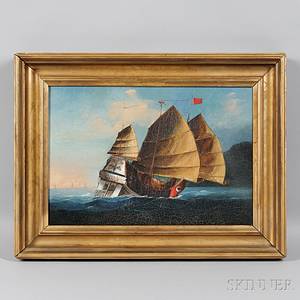 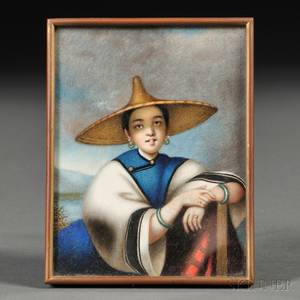 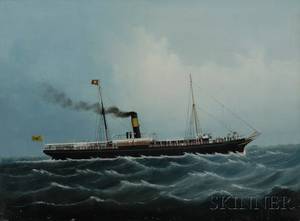 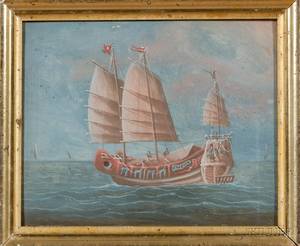 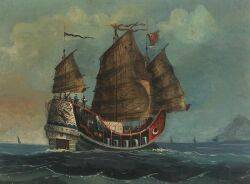 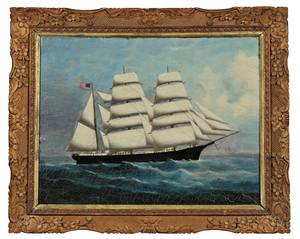 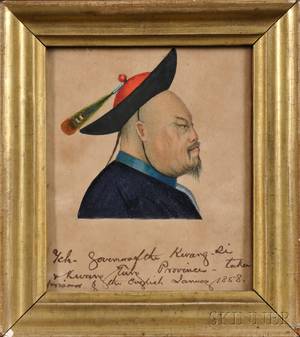 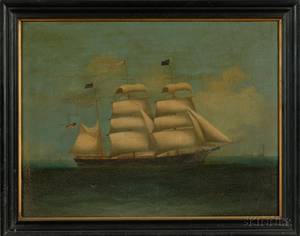