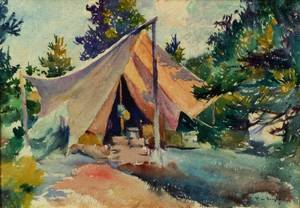 Frank Weston Benson (American, 1862-1951) Tent, Lake Tahoe Signed and inscribed "F. W. Benson..." l.r., identified on a label from the Vose Galleries of Boston affixed to the reverse. Watercolor with pencil on paper, sight size 13 1/2 x 19 in. (34.3 x 48.3 cm), framed. Condition: Subtle toning, not examined out of frame. Provenance: A private New England collection. N.B. Frank Benson was born into a prominent Salem, Massachusetts, family in 1862. He studied at the famous Academie Julian in Paris in the 1880s, where his work was greatly influenced by the contrasting light and dark palettes of master artists Vermeer and Velázquez. Though he trained with academic painters such as Boulanger and Lefebvre, he was exposed to the French Impressionists. Upon returning to Boston, Benson and fellow painter Edmund Tarbell became the leaders of the Boston School, which would produce some of the most well-known American Impressionists at the turn of the century. Arguably his most important contribution, which he shared with other New England artists, was his extensive knowledge regarding European landscape and portrait techniques. Benson would also go on to join the rebellious group of the Ten American Painters, which was comprised of both New York and Boston based Impressionists. His early career featured Impressionistic images of women in white (often his wife and daughters) posed á plein air. As American artistic tastes began to change in the 1910s Benson's focus began to shift 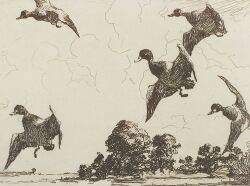 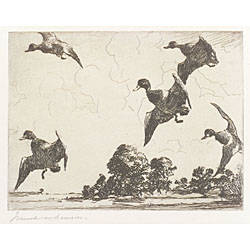 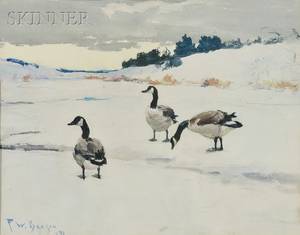 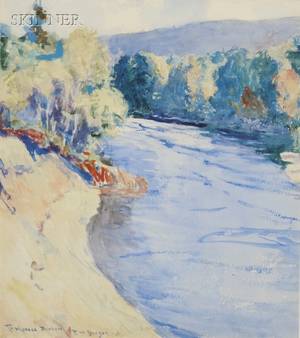 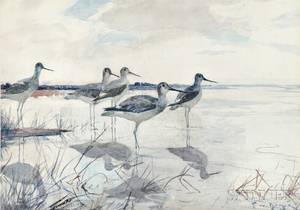 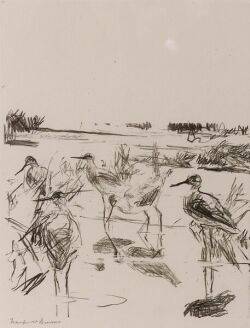 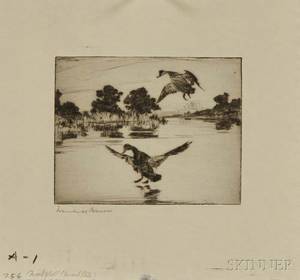 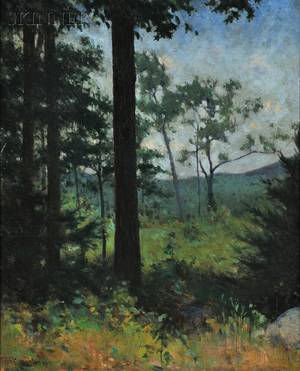 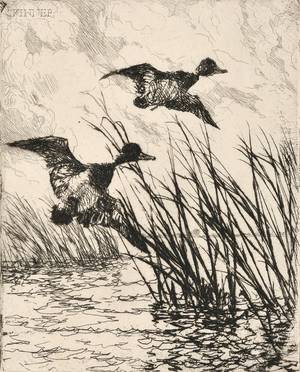