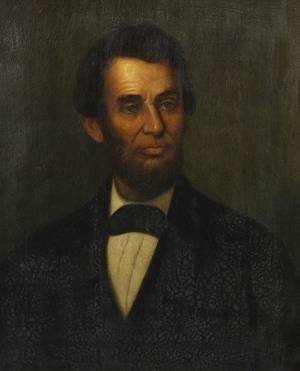 Attributed to George Frederick Wright, (Hartford, Connecticut, Springfield, Illinois, Washington, D. C., 1828-1881) Portrait of Abraham Lincoln, 1860. Oil on canvas, the bust-length portrait of Lincoln depicts him in a dark coat and cravat and a white shirt with a serious and thoughtful facial expression, Condition: Some in-painting, re-varnished, giltwood frame appears original, sight ht.. 29; wd. 24 1/2 in. Literature: The New York Historical Society's Dictionary of Artists in America, 1564-1860 by Gross and Wallace, Yale University Press, publisher, p. 704 reads: "Wright, George Frederick, portrait painter first settled in Connecticut and for a short time was custodian of the Wadsworth Athenaeum Gallery in Hartford. In 1857 he went abroad for study for two years. By 1860 he was back in the United States and in September of that year, he went out to Springfield, Illinois, to paint the portrait of the Republican nominee for the presidency, Abraham Lincoln. He painted a second portrait in Washington later that year. Wright also worked in the South, but most of his time was spent in Hartford, where he died in 1881." 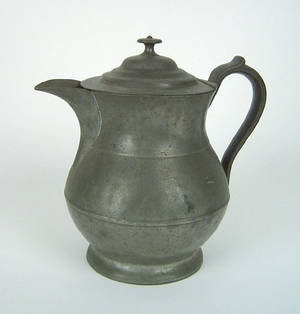 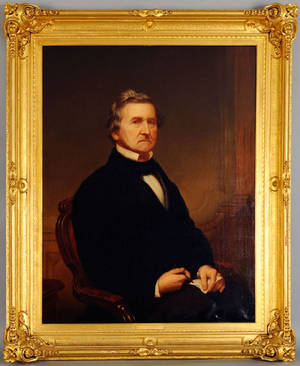 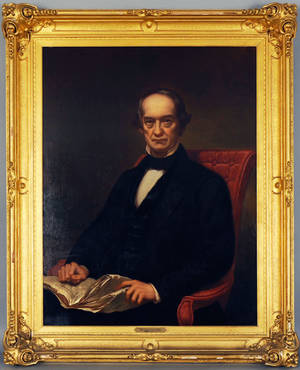 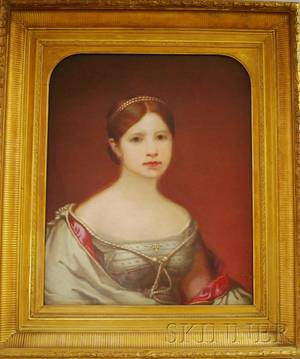 Attributed to George Beck (British/Baltimore/Philadelphia 1748-1812) A South View of the City of Washington.

Attributed to George Beck (British/Baltimore/Philadelphia, 1748-1812) A South View of the City of Washington. Unsigned, titled in a period ink inscription on Read more… 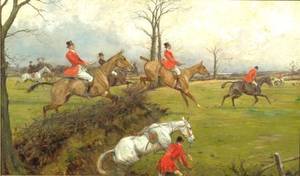 Attributed to George Freeman (American, 1789-1868) Pair of Portraits of a Blue-eyed Gentleman and His Wife. Mixed media including watercolor, graphite, and body white on Read more… 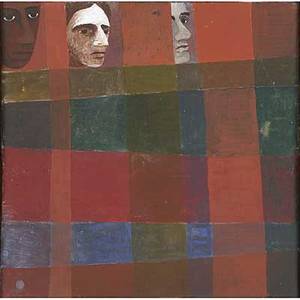 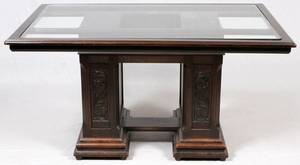