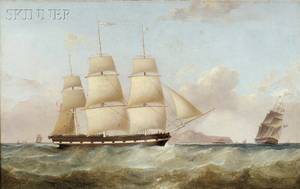 Attributed to Samuel Walters (British, 1811-1882) Ship Ellen Brooks, Off Holyhead, Homeward Bound, 1839 Unsigned, identified on a presentation plaque. Oil on canvas, 23 x 36 in. (58.5 x 91.5 cm), framed. Condition: Lined, retouch, scattered paint losses, craquelure, surface grime. Provenance: By descent within the family of R.D. Shepherd, the ship's owner. N.B. The vessel pictured here was built for R.D. Shepherd in Medford, Massachusetts, in 1834. It is named for the owner's daughter, Ellen Shepherd Brooks, whose portrait by Thomas Sully is offered in this auction as Lot 382. This popular composition might be called a "bon voyage" image. The Ellen Brooks , having safely left Liverpool seventy miles astern, is seen off Holyhead Mountain preparing to alter course by almost ninety degrees toward the South Stack Lighthouse seen on the right. The stern view of the vessel on the right indicates she has made the change of course and is well on her way to a clear run down to Tuskar Lighthouse and the safety of the open sea. According to family tradition the painting was done by Samuel Walters (1811-1882). For more information about the Liverpool School and Walters see: A.S. Davidson, Samuel Walters-Marine Artist Fifty Years of Sea, Sail, & Steam . We would like to thank Charles Lanagan for his assistance in describing the composition above. 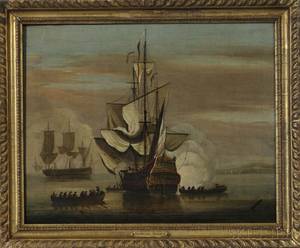 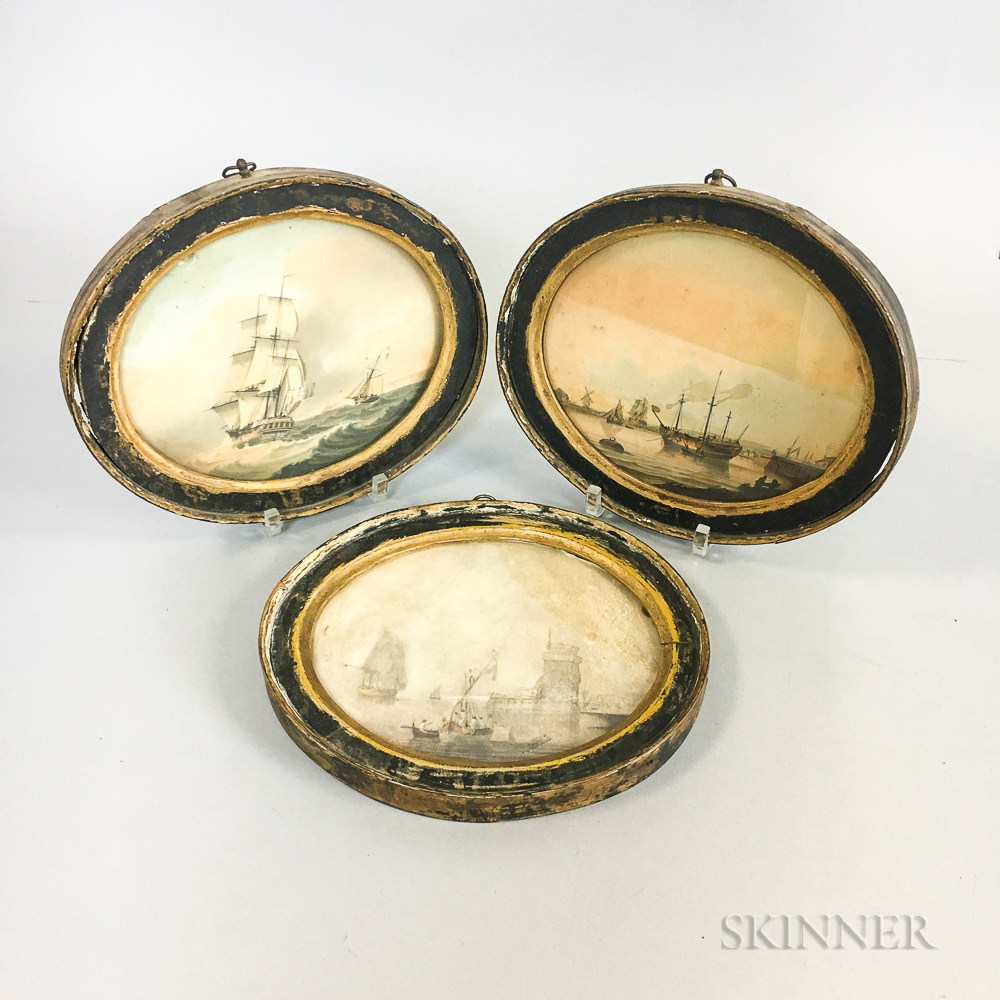 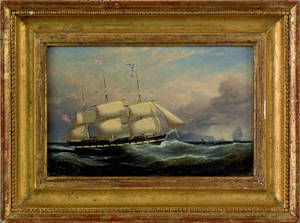 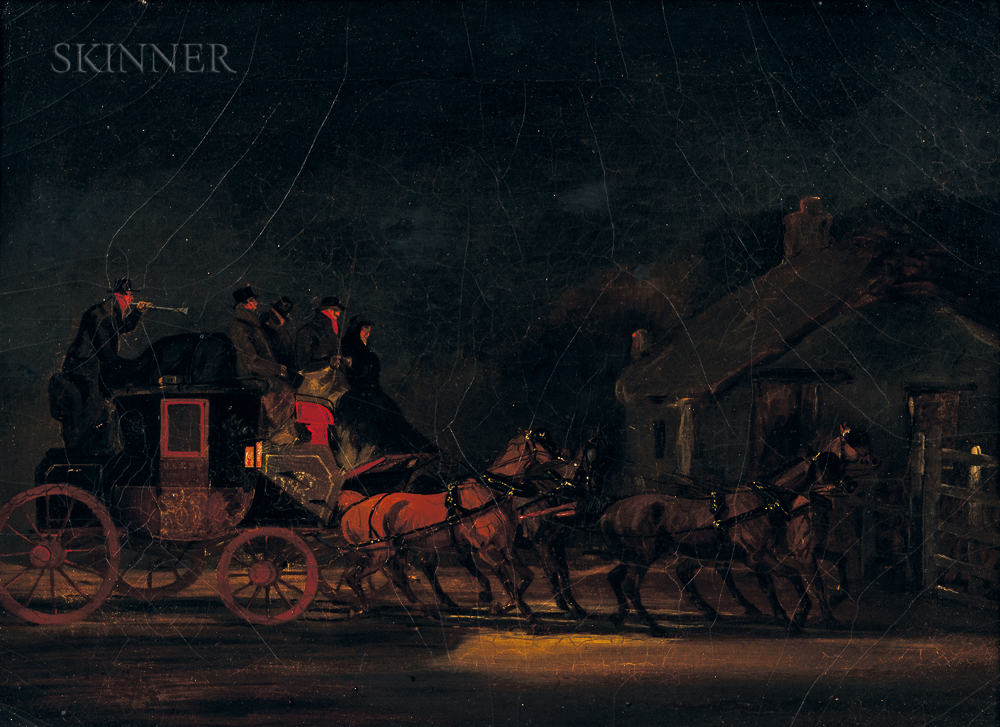 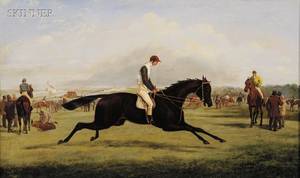 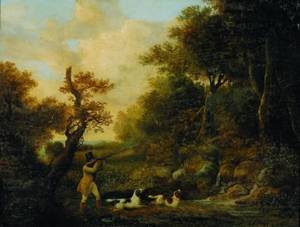 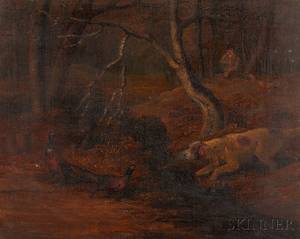 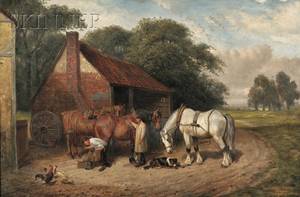 Attributed to Samuel Joseph Clark (British 1834-c. 1912) At the Blacksmith