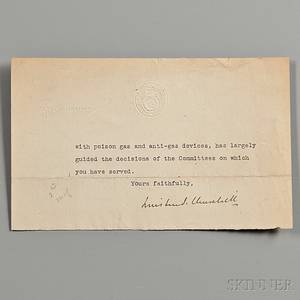 Churchill, Winston (1874-1965) Fragmentary Typed Letter Signed, 7 December 1918. Top portion of the sheet only, on Ministry of Munitions of War letterhead, with date, greeting, and the first part of one paragraph (five lines) on the recto, and two-and-a-half lines of text, closing and signature on the verso. To John Burdon Sanderson Haldane (1892-1964), relieving members of the Advisory Panel of the Munitions Inventions Department of their duties because of the ending of the first World War; with mentions of poison gas and anti-gas devices on the verso. Dusty, with two short closed tears, top edge of paper lightly browned, 7 1/2 x 4 1/2 in. 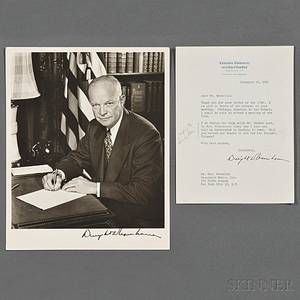 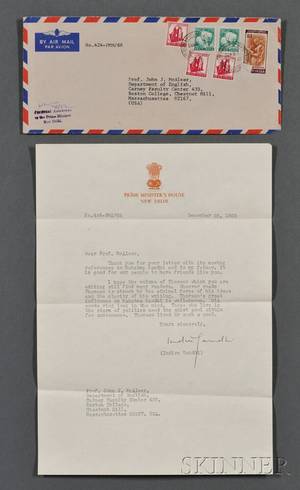 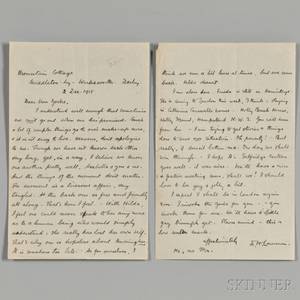 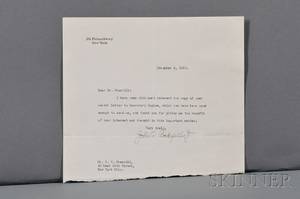 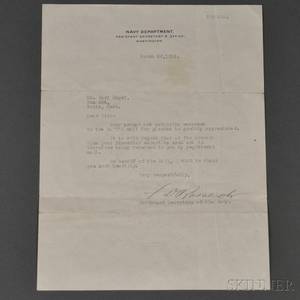 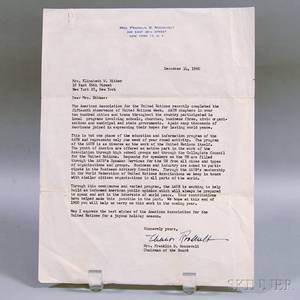 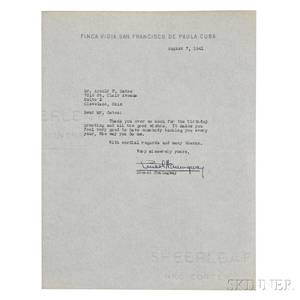 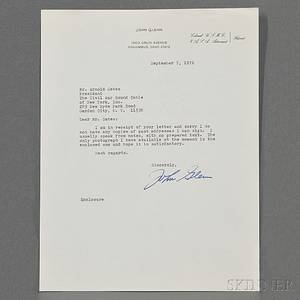 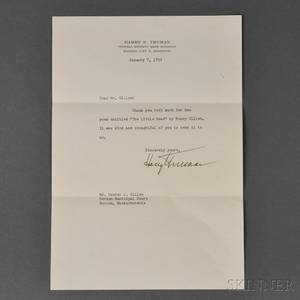 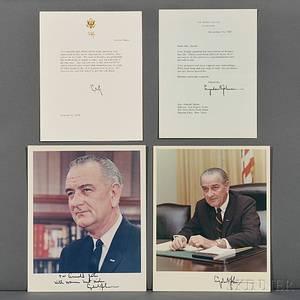